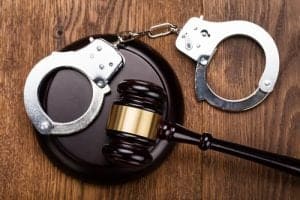 According to Reuters, Janssen Pharmaceuticals, a unit of Johnson & Johnson, was hit with a $70 million verdict in a Risperdal trial last week, marking the largest verdict against Janssen thus far in this ongoing litigation. The award was handed down in the case of a 15 year old boy who began taking the drug at the age of 5 and sometime thereafter developed female breasts. The jury in the Philadelphia Court of Common Pleas found that Janssen failed to warn the child’s healthcare providers of the risk of gynecomastia, breast growth in men or boys caused by a hormonal imbalance, and that the company intentionally falsified, destroyed, or concealed evidence in the case, according to a copy of the verdict form provided by a spokesman for the law firm Arnold & Itkin. In an emailed statement, a spokeswoman for Janssen expressed her view that the $70 million verdict was excessive. She explained that the company intends to ask for a review of the verdict and, if necessary, will appeal the decision.

This case is one of approximately 1,500 similar cases, many of which have resulted in a jury verdict. For example, in 2015, an Alabama man who was prescribed the drug for autism and later developed size 46 DD breasts was awarded $2.5 million. More cases are expected to go to trial, the boy’s attorney said in his statement. Across the country, Johnson & Johnson and Janssen are facing in excess of 12,000 claims over Risperdal, according to their most recent quarterly report.

In 2002, Risperdal was approved by the FDA for the treatment of schizophrenia, but was not cleared for children’s use until 2006. According to prosecutors, from 1999 through 2005 Janssen promoted Risperdal for uses not approved by the FDA, including behavioral disturbances in elderly people with dementia, as well as ADHD and autism in children, despite being aware of its risks. In 2013, Johnson & Johnson and Janssen paid more than $2.2 billion to resolve civil and criminal investigations by the U.S. Department of Justice into its marketing of Risperdal and several other drugs.

If you or a loved one has taken Risperdal and experienced adverse side effects such as gynecomastia or other side effects from your Risperdal prescription, call the defective drug attorneys at Strom Law Firm at (803) 252-4800 for a free consultation. Our attorneys have years of experience in pharmaceutical class action lawsuits, and we are here to help.