Another Sports Supplement Under Product Recall for Potential Hepatitis 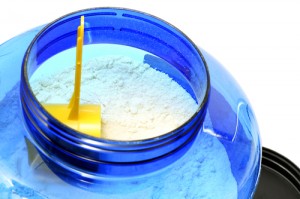 Another dietary supplement is subject to the FDA’s product recall involving OxyElite Pro, because the sports supplement contains an ingredient that might be the cause of hepatitis and liver damage in numerous patients.

Physique Enhancing Science, aka PES, launched a product recall on November 21st of Enhanced, their pre-workout supplement, and Alphamine, which is marketed as a fat-burning supplement.

The FDA recently flagged the ingredient aegeline, which is an active ingredient in OxyElite Pro, as the potential cause of numerous reported cases of hepatitis. The ingredient is also found in PES’s supplements, so they have been subject to a product recall as well.

Although officials at PES have not responded to questions about aegeline, the hepatitis cases, or their product recall, they have stated on their website that Enhanced is “currently under reformulation,” and is expected to relaunch in January.

So far, at least one person has died from hepatitis related to consumption of OxyElite Pro, and 56 became ill – 44 of which are in Hawaii. One person has also received a liver transplant, and many other people have been hospitalized and are waiting for liver transplants, after hepatitis destroyed their liver.

USPLabs, manufacturers of Oxyelite Pro and other dietary supplements, stopped shipments of the drug after hepatitis infections in Hawaii were linked to consumption of the workout supplement. However, after the FDA sent a letter to the company threatening legal action, the manufacturer finally issued a drug recall.

The Hawaii State Department of Health is leading the investigation into the OxyElite Pro hepatitis cases. No one is sure yet why the drug causes the illness, but it could be caused by aegeline – which has not been studied or approved for consumption in the US – production error, or contaminant. The department collected several cases of the supplement, and stopped just short of a plan to destroy them on Wednesday, November 20th, after an attorney suggested they could be used as evidence in future lawsuits.

The Strom Law Firm, L.L.C. is a leader in the consumer protection battle against dangerous drug recalls, personal injury cases related to physical harm from dietary supplements, and defective devices. We represent individuals who have been killed or injured by dangerous or defective dietary supplements. If you or a family member have been injured or killed after using a dangerous drugs or medical supplements, whether due to contamination from hepatitis, use of aegeline, or another cause, contact our dangerous drug lawyers as soon as possible so that we can begin taking steps to preserve evidence and your claim immediately. We offer free consultations to discuss the facts of your case. 803.252.4800