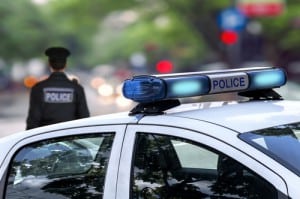 On Wednesday, October 14th, City Council members unanimously voted to award $2.5 million to Thomas’s children in the police brutality case for the pain and suffering they endured over the loss of their mother. Neither the attorneys who filed the wrongful death case, nor the Los Angeles Police Department, have commented on the ruling, although the LAPD did state that O’Callaghan was still officially employed by the department, without pay.

On July 22nd, 2012, Alesia Thomas left her two children at the LAPD’s Southeast station, telling officers there that she was unable to care for them. Police went to Thomas’s home to question her, then arrested her on suspicion of child endangerment. The video cameras in O’Callaghan’s patrol car captured intense violence against Thomas during the arrest. Although Thomas resisted arrest, O’Callaghan repeatedly told Thomas to “knock it off” and used profanity and threats of violence to keep the suspect still. Then, the officer jabbed Thomas in the throat, and repeatedly kicked the victim in the groin – at least 7 times, per the vehicle’s video camera. Throughout the terrifying scene, Thomas repeatedly gasps for air and says, “I can’t breathe.”

Video from the patrol car also captured O’Callaghan laughing and smoking a cigarette outside the car while Thomas was stuck inside, unable to move with her legs tied together.

While the veteran officer, who served 18 years with the LAPD, was convicted for assault under the color of authority, she was not charged specifically for Thomas’s death.  Evidence from the coroner suggested that Thomas was under the influence of cocaine at the time, leading to the cause of her death being listed as “undetermined.” Criminal defense for the police officer and the LAPS argued that the drugs contributed to Thomas’s death more than the physical beating. However, the wrongful death lawsuit charged specifically that O’Callaghan’s actions killed Thomas, and drug involvement was minimal.

Thomas was eventually found unconscious in the patrol car, and she was transported to a hospital where she was pronounced dead.