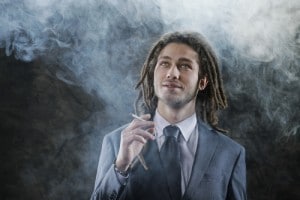 Currently, 21 states and Washington, DC have passed legislation allowing medical use of marijuana, and two states – Colorado and Washington State – allow recreational use of the drug. These laws, however, have led to more DUI arrests related to marijuana use, and complicated DUID (Driving Under the Influence of Drugs) laws.

Arizona, although it allows medical marijuana use, has a zero tolerance policy when it comes to intoxication and DUI law, and until recently, people with even trace amounts of THC in their blood could be charged with a DUI.

However, because a THC metabolite can stay in the blood for up to a month, an Arizona court recently decided to overturn a ruling, and stated that only those obviously intoxicated at the time of the traffic stop should be prosecuted for marijuana-related DUI.

Tuesday’s ruling overturned that decision, stating that the presence of marijuana metabolites does not inherently mean that the driver is impaired, especially if the driver has been prescribed medical marijuana and is not visibly impaired at the time of the stop.

The court ruling was based on the case of a man who was pulled over last year in Arizona, and admitted to having smoked pot the night before. THC metabolites were present in his system and he was charged with a DUI, although he was not physically impaired or high at the time police pulled him over.

“Most notably, this interpretation would create criminal liability regardless of how long the metabolite remains in the driver’s system or whether it has any impairing effect,” the Supreme Court’s ruling said. “For example, at oral argument the State acknowledged that, under its reading of the statute, if a metabolite could be detected five years after ingesting a proscribed drug, a driver who tested positive for trace elements of a non-impairing substance could be prosecuted.”

“By acting as it has, our State Supreme Court contributes to citizen cynicism particularly when it involves the whys and wherefores of drafting and passing legislation,” Maricopa County Attorney Bill Montgomery said in a statement, alleging that the court had engaged in “interpretive jujitsu.” “Why should citizens work through our republican form of government and petition their duly elected legislators for statutory change when they can take a shot at only having to persuade just three Justices?”

There are about 40,000 people who participate in Arizona’s medical marijuana program, and because of their participation were constantly under threat of a DUI.