Blue Cross Files Actos Lawsuit On Behalf of Its Members 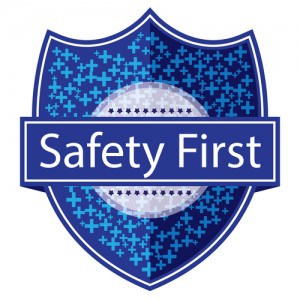 Insurance company Blue Cross has filed an Actos lawsuit against Takeda Pharmaceuticals and their American distributor, Eli Lilly, alleging personal injury on behalf of their insureds who took Actos.

Blue Cross’s Actos lawsuit claims that the Japanese pharmaceutical company failed to warn patients about the dangers of taking Actos for two or more years, even though the company knew about the possibility that the Type 2 diabetes drug was linked to an increased risk of bladder cancer.

Representing the patients covered by their insurance, Blue Cross, and its subsidiary Blue Cross and Blue Shield of Massachusetts HMO Blue Inc, filed more than 10 cases alleging that Actos manufacturer Takeda Pharmaceuticals and its American distributor Eli Lilly should shoulder the cost of health care for victims of Actos who developed bladder cancer.

“By virtue of its payment for injuries sustained by an insured member as a direct result of the allegations herein, BCBSMA is subrogated to the rights of their insured members to recover from the person(s) or entity(ies) responsible for said injuries,” the suits said.

Takeda and Eli Lilly recently lost a bellwether case in the Actos MDL, with a $9 billion punitive verdict coupled with $1.5 million in actual personal injury damages, in the case of Terrence Allen and his wife, Susan. The Allens’ trial also alleged that Takeda negligently destroyed files that showed a link between Actos use and bladder cancer, making findings at trial difficult for plaintiffs.

“The breadth of Takeda leadership whose files have been lost, deleted or destroyed is, in and of itself, disturbing,” Judge Rebecca Doherty wrote in a Jan. 27 filing. Judge Doherty said she would allow Allen’s lawyers to tell jurors that Takeda intentionally destroyed the files, in order to punish the company for its negligence.

The FDA is currently investigating the risks of taking Actos, and says their review will wrap up next year. Based on evidence from new studies, the government agency issued a warning against Actos and said Takeda had to package their drug with the strongest possible warning label. Meanwhile, both France and Germany banned the drug from sale in their countries, and most recently, India temporarily banned Actos and the generic form pioglitazone, but after confrontations with doctors, rescinded the ban pending further study. The generic form of Actos, pioglitazone, was approved for use by the FDA in August 2013.