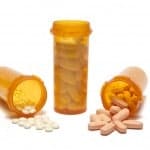 Five members of a Brunswick, GA pain clinic staff were indicted for drug conspiracy. The Florida Times-Union reported that until August a federal grand jury had sealed the indictment, which included the names of those charged.

Those facing charges stemming from the Brunswick pain clinic raid include:

According to the indictment, the group ran a drug conspiracy scheme from about December 2010 to July 14, 2011 and allegedly netted more than $1 million from the scheme. Glynn/Brunswick Narcotics Enforcement Team along with the federal Drug Enforcement Administration raided the Brunswick, GA pain clinic located at 106 Owens Lane.

The Brunswick pain clinic operated for only a short period before the DEA began their investigation into the clinic.

The indictment alleges the defendants prescribed more than one million doses of oxycodone to patients who lived in and outside of Georgia. The indictment states 2,000 prescriptions went to patients living outside Georgia including:

The Brunswick pain clinic wrote prescriptions for 30 to 36 patients daily including one occasion in which Enmon allegedly wrote painkillers for 62 people. The “pill mill”, as stated in the indictment, operated as a cash only business charging customers $250 for the first visit and $200 to $300 for follow up visits. Out-of-state patients faced higher charges. The clinic also refused any type of insurance.

The Brunswick pain clinic allegedly lured new patients in by setting up a referral program in which patients who brought a new patient would receive all or a portion of the new patient’s prescribed medication after that patient paid for their required MRI and clinic fees.

Since the only treatment option offered by the doctors was painkillers, the physician would coach the patients on what to say to receive the drugs. The physicians at the Brunswick pain clinic also allegedly falsified urine tests in exchange for a fee, prescribed drugs to patients with no or only cursory examinations, and even prescribed drugs to patients using street names for the drugs like “roxy’s, blues”.

One wire transfer was allegedly made to Colandrea for $75,000 and a cashier’s check was written for $109,880 to Gable Sports Cars.

The government wants the court to release $343,042 in profits made from the distribution of the drugs at the Brunswick pain clinic, and also a 2007 Porsche, a 2008 Mercedes Benz and a 2003 Saturn Vue.