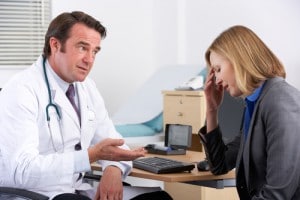 In February 2012, a federal inmate had surgery at St. Jude Medical Center in Fullerton underwent a procedure to remove a diseased kidney, which was failing because of numerous tumors. However, the surgeon who operated on the prisoner removed the wrong kidney, leading to a medical license revocation by the California Medical Board.

Dr. Charles Coonan Streit, who has been a practicing urologist for 41 years, mistakenly removed the wrong kidney during a surgery on a federal prisoner two years ago. Last week, the California Medical Board revoked his revoked his medical license and placed him on probation for 3 years.

Reportedly, Dr. Streit did not have access to the patient’s medical records, and therefore had to rely on his memory to determine which kidney to remove. The hospital was fined $100,000 because CT scans were left in an office on the day of the surgery.

“The images were performed at another facility and were not available,” DruAnn Copping, a St. Jude spokeswoman, said in a statement.

The hospital now requires CT scans and other medical records to be submitted before a procedure is scheduled, to ensure that surgeons have necessary medical records.

However, the California Medical Board determined that Dr. Streit was also at fault. They stated that the incident could have been avoided if Dr. Streit had followed standard medical procedure prior to the surgery, and relied on radiology, diagnostic tests, pathology reports, and other images and scans, rather than just his memory.

“It was our failure to follow our protocol regarding displaying the patient’s diagnostic images that ultimately resulted in this error,” hospital spokeswoman Copping said.

Nurses and an anesthesiologist involved in the surgery with Streit said that they repeatedly asked the patient which kidney was diseased, and he told them the wrong side. A nurse also reported that she had double-checked the reports “and it was the right side.” That nurse was incorrect.

Because Dr. Streit was overseeing the operation and did not check the records himself, his medical license was revoked.

If you are a doctor or surgeon who has made a medical error, you could not only face a civil lawsuit or stiff financial penalties from your hospital, you might also face the South Carolina Medical Board, which would revoke your medical license. An important fact to remember is just because a complaint is brought against you, it does not mean you are guilty, or that you have done anything wrong. What it does mean is that your license may be at stake.

LLR Disciplinary board and administrative actions can originate in many ways including a complaint by:

While the complaint will vary and depend upon the profession, allegations may include neglect, malpractice, incompetence, and substandard care or treatment.

As a licensed professional, it is important to understand that a complaint filed with the South Carolina Board of Medical Examiners can result in a public reprimand, suspension, hefty fines, and potentially revocation of your South Carolina Medical License.

Don’t wait until it’s too late. If you are contacted by an LLR investigator or the US Attorney’s office, you should contact the South Carolina professional or medical license defense attorneys at the Strom Law Firm, LLC for a free consultation to discuss your legal rights. 803.252.4800