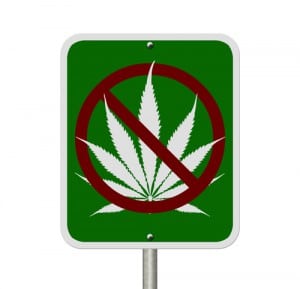 In the six months after recreational marijuana was legalized and began being sold in Colorado, many drug crimes charges have decreased, but the state has seen an increase in marijuana DUI, or DUID.

The Arapahoe House, a detox facility in Colorado, says that they have seen a spike in admissions to their facility for marijuana DUI charges. Art Schut, CEO of the Arapahoe House, said in an interview that marijuana patients used to be a small number of those admitted, but they are becoming a noticeable part of the program, especially for DUI arrests.

“There’s this perception that I’ve used a little bit so it’s okay. And, just in general, if you’re a driver you shouldn’t use anything,” he said.

Many people perceive DUI as a charge specifically related to alcohol. However, DUID, or driving under the influence of drugs, including marijuana, is also illegal. Colorado laws state that a driver can be charged with a marijuana DUI if they have 5 nanograms of active THC in their bloodstream, which the Colorado Department of Transportation determined to be the equivalent of 0.08 blood alcohol content, the legal limit for alcohol consumption.

Schut said that this time of year in 2013, 112 people were admitted to the Arapahoe House for detoxing related to marijuana DUI. This year, 197 people have been admitted for marijuana DUI.

“This percentage increase is significant because recreational marijuana legalization is in its infancy, and there has clearly already been an impact on public safety,” Schut said. “Our hope is that this new data will create awareness so that if Coloradans choose to use marijuana, they do not get behind the wheel.”

The Rocky Mountain Poison Control Center added that they have seen an increase in calls related to marijuana ingestion, especially by children.

The Arapahoe House monitors intoxicated drivers brought in by police officers. Staff keep an eye on the patients until they are sober enough to get home safely, usually after a family member picks them up.