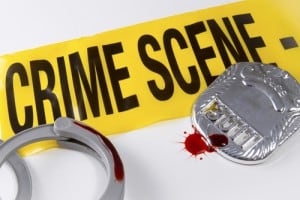 A Mexican immigrant working in the agricultural town of Pasco, Washington, was shot on February 10th after allegedly throwing rocks at police officers. The victim’s death has sparked two weeks of protests against police brutality and excessive force in the town, and now the victim’s family may file a lawsuit against the town for allowing officers to use deadly excessive force.

Pasco, nestled against the Columbia River, is a small town of 68,000 people, over half of which are Mexican immigrants working as agricultural laborers.

Antonio Zambrano-Montes, 35, was an immigrant from Mexico who worked as an orchard worker. According to police reports, Zambrano-Montes was throwing rocks at police officers, who attempted to use a stun gun to subdue him. When the stun gun did not work, one officer pulled his gun and shot.

A video was recorded of the incident, in which police are seen advancing on Zambrano-Montes, then there are five “pops” heard. Zambrano-Montes runs from officers, who pursue him; he then turns to the three officers pursuing him, multiple “pops” are heard, and the victim falls to the ground.

The Franklin County coroner ordered an inquest into the victim’s death, which appears to be due to excessive force. A regional task force is reviewing the evidence, and their investigation is being monitored by federal authorities.

However, Zambrano-Montes’s family are shocked by the excessive force, and have hired an attorney to demand justice. Agapita Montes-Rivera, the victim’s mother, has spoken at press conferences demanding justice for her son.

“She saw him lift his hands to stop the bullets,” said Fabian Ubay, who is working as the family’s spokesperson and translator. “She hadn’t seen him for 10 years … The next time she’s seen him, he’s dead.”

The three officers involved in the excessive force incident are on paid leave while the police department conducts the internal investigation, but Montes-Rivera said that “she definitely thinks they deserve to go to prison,” Ubay translated.

Many protestors and opponents of excessive force are calling for police across the country to use body cameras to capture their actions, collecting evidence for inquests or wrongful death lawsuits. However, Columbia, South Carolina’s police force has been using body cameras for two years, and Sheriff Leon Lott has said that the cameras are expensive and imperfect.

Still, most safety advocates and many police officers believe that body cameras can not only illuminate incidents of excessive force, but can help keep police officers safe from violent criminals.

If you or a loved one has been a victim of police brutality or excessive force, contact our South Carolina victim’s assistance attorneys at The Strom Law Firm, LLC today for a free consultation to see how we can help.  While we cannot change the past, we can help you secure your future. 803.252.4800