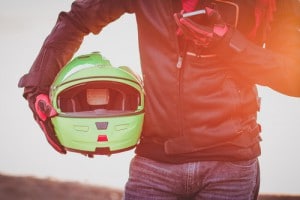 Just weeks after his mother passed away in a motorcycle accident, a 9-year-old boy in Florida made an impassioned plea through YouTube to Florida to improve their motorcycle helmet safety laws.

Trey Flourney told viewers that his mother, Tonya, died after a vehicle struck the motorcycle she and her friend were riding. While the motorcycle driver and the car’s driver survived, Tonya died because she was not wearing a helmet.

“We need to do this,” he says in his video. “We have to make it so people have to wear a helmet.”

Like South Carolina, Florida’s motorcycle helmet laws are more relaxed. South Carolina does not require drivers or riders over the age of 21 to wear a helmet while riding on a motorcycle.

“My mom could’ve been sitting right here next to me if she would have been wearing a helmet. And she wouldn’t have gotten hurt bad or injured,” Trey said in an interview about his video.

Tonya was not a motorcycle enthusiast, according to Trey’s father Mike, but one night, a friend offered to drive her around the block so she could try it out. “Had it had been something where, ‘hey, you have to wear this [helmet]’ we don’t know if she could still be here or not to see her boys grow up,” he said.

“We don’t feel that it’s fair that someone has to wear a seatbelt in a car – which makes sense – but be able to ride a motorcycle and not be able to protect the most important part of their body,” Mike added.

“Too many. One is too many. Over the years, in my years, I’ve witnessed very terrible accidents. It’s not something you want to carry around in your memory,” David Rodgers, With the Homeland Park Fire Department, about motorcycle accident deaths.