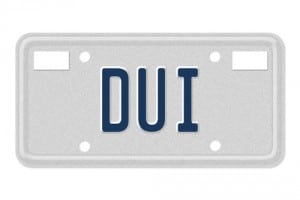 The Kershaw County Sheriff’s Office made their 200th DUI arrest this year over the Thanksgiving holiday weekend.  This landmark also happened to be a record number for the suspect – this was his 5th DUI arrest.

The South Carolina DUI suspect was arrested and charged not only for his 5th DUI offense, but also for driving under suspension, providing false information to the police, open container violation, leaving the scene of the accident, and failure to stop for a blue light.

According to the police report, an officer was on patrol around 1:30 AM on Sunday, November 30th in Lugoff, SC, when he saw the suspect’s dark-colored Ford Expedition cross the center line – a class sign of either distracted driving or DUI. The officer attempted to stop the vehicle, but English fled when he saw the police lights, and drove through several neighborhoods in his attempt to evade the police. However, the suspect was not sober enough to maneuver the vehicle well, and he only drove about 55 miles per hour through the neighborhoods, hitting several mailboxes on the way, and driving through several front lawns. Eventually, he lost control of his vehicle and hit an embankment.

The DUI suspect was held at the scene and his wounds were treated, then he was formally arrested and charged for his fifth DUI. He was released on $54,000 bail.

Many people who face DUI charges are not repeat offenders. Most people charged with DUI face their first charge, and could be confused and have no idea what to do in that situation. Sometimes, people who are sober fail field sobriety tests, and are falsely charged with DUI.

If you have been pulled over on suspicion of DUI and you participated in a field sobriety test which resulted in SC DUI charges, we are here to help. Conveniently located in Columbia, our South Carolina DUI attorneys offer a free consultation to discuss your legal rights as well as how to proceed.  Give us a call today to learn more about how we can help. 803.252.4800