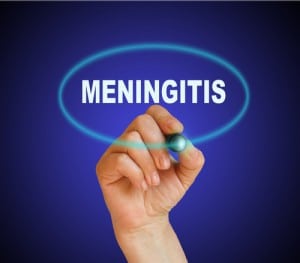 In mid-December, two former high-ranking officials involved in managing the controversial New England Compounding Center, the compounding pharmacy at the center of the deadly 2012 fungal meningitis outbreak, were placed under house arrest while they await trial for murder charges. Now, as part of the ongoing investigation, federal authorities have seized $18 million in personal and company assets.

As part of seizure warrants unsealed on Tuesday, January 6th, the Department of Justice seized $18 million spread across 13 financial institutions that the compounding pharmacy dealt with. $16.8 million of those assets belonged personally to Douglas and Carla Conigliaro, the husband and wife team who owned the NECC.

In addition to murder charges, the couple faces charges for transferring their assets in the wake of the nationwide fungal meningitis outbreak, which sickened 751 patients and killed 64 people in 2012.

Barry Cadden, the company’s co-founder and a shareholder, also had $1.5 million in bank accounts and assets seized. Cadden faces 25 counts of second-degree murder related to the fungal meningitis outbreak, and is one of 14 former compounding pharmacy employees charged with racketeering and conspiracy.

All of the defendants have pleaded not guilty to the charges.

“If there was something going on, then it was really more wanton and willful and negligent, as opposed to an intentional act committed with malice, which is what you really need for murder,” one of the defendants’ attorneys said. “I have no evidence, and the government doesn’t either, to believe that anyone knew there was meningitis in that stuff when it was shipped out.”

The fungal meningitis outbreak was so severe that the federal government created legislation to help the FDA regulate compounding pharmacies, which had been exempt from several regulations because the pharmacies were supposed to make individual drugs, rather than manufacture large batches like other pharmaceutical companies. However, compounding pharmacies found a loophole that allowed them to manufacture “specialized” drugs in large enough batches to sicken hundreds of patients; the lack of oversight from the FDA or other regulatory agency led to the multistate fungal meningitis outbreak.

Earlier in December, a proposal was filed in federal bankruptcy court to distribute $135 million to people who have personal injury or death claims related to the fungal meningitis outbreak. So far, 3,500 people have filed for bankruptcy due to medical and funeral expenses.

If you or a loved one have been injured, harmed, or killed by a medical product such as a drug or device, from medical device manufacturers or compounding pharmacies, you may be entitled to file a personal injury lawsuit. Defective medical devices and dangerous drugs can hurt you to such a great extent that you are unable to work, with mounting medical bills. The attorneys at the Strom Law Firm can help get you the compensation you deserve, to get you through these tough times.  Check out our page on fungal meningitis here. We are licensed to practice across South Carolina, Georgia, and New York. To help you with your case, we offer free, confidential consultations. Do not hesitate to contact us. 803.252.4800