2,000 Lawsuits Against Pradaxa Manufacturer Move Forward in the US 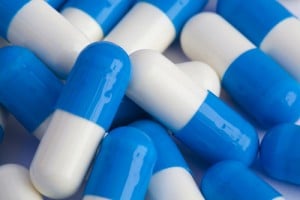 German pharmaceutical manufacturer Boehringer Ingelheim reported on Thursday, February 13th, that the company faces more than 2,000 lawsuits in the United States in relation to its stroke prevention medication, Pradaxa, because the drug reportedly caused severe and even fatal bleeding.

The company stated that it knew about the dangerous side effect of its blockbuster drug, but that it had to weigh the potential life-saving benefits against the harm.

“We are certain that we can show in the legal cases that we have worked very carefully and responsibly in research, development and marketing of Pradaxa,” the company said in a written statement.

Pradaxa was developed to replace decades-old blood thinner warfarin, specifically to prevent strokes in patients suffering atrial fibrillation, a type of irregular heartbeat that is common in the elderly. Like other blood thinners, according to Boehringer, Pradaxa comes with a risk of potential internal bleeding. The company cited a recent study done by the US Food and Drug Administration (FDA) that Pradaxa had a lower risk of severe bleeding than other blood thinners, warfarin in particular.

However, personal injury and wrongful death lawsuits against the company, which number over 2,000 in the United States alone, state otherwise. A study performed by the Cleveland Clinic showed that Pradaxa had a 33% increased chance of suffering a heart attack or developed symptoms of heart disease, which could in turn increase potential for internal bleeding if a heart complication developed.

New documents unsealed by a federal just in an Illinois court on Thursday, February 6th, reportedly claimed that Boehringer employees were more concerned with the company’s profits than patient safety.

The documents include several internal emails and memos regarding the stroke prevention drug.

Pradaxa was approved for the US market in 2010, and since then has been prescribed to nearly 850,000 patients, and has been linked to 1,000 patient deaths. The drug has generated $2 billion in sales in the US alone.

The released documents concerned the company’s response to internal research showing that some patients could benefit from closer blood monitoring. Internal emails expressed concern over the sales impact of additional testing on patients after the drug had been approved.

“This may not be a onetime test and could result in a more complex message (regular monitoring), and a weaker value proposition … vs. competitors,” wrote the employee, whose name was redacted.

“This publication will more harm than be useful for us, neither in the market but be especially harmful in the discussions with regulatory bodies,” another email read. “Can’t this be avoided?”

If you or a loved one have been prescribed Pradaxa and have suffered any of these complications:

You may have a personal injury or wrongful death case against Pradaxa’s manufacturers.

The pharmaceutical liability lawyers at The Strom Law Firm, LLC are at the forefront of the fight to protect the public and will stand up for your rights against the big drug and insurance companies. We will fight to ensure that you and your loved ones receive the justice you deserve.  Contact our defective drug and wrongful death attorneys at the Strom Law Firm, LLC today for a free consultation to discuss the facts of your case as well as your legal rights. 803.252.4800