Lawmakers Hear Testimony from Both Sides Regarding Expungement Laws 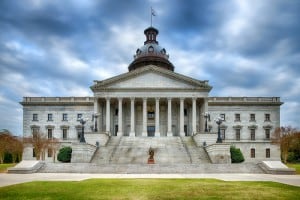 On Wednesday, August 27th, lawmakers in Columbia, SC listened to testimony regarding expanding expungement laws in the state, from both sides of the political divide.

Both state House Reps and Senators are on the expungement study committee, and will create a report by October 13th that will take into consideration the pros and cons of expanding the Southern state’s strenuous expungement laws.

Currently, those who have been found not guilty of a criminal charge, had a charge discharged or dismissed, completed a series of rehabilitation programs, or committed a misdemeanor that qualifies under the current law, are eligible for criminal record expungement. The process erases the charge from the person’s criminal record, so it will not show up on background checks.

“Don’t forget the victims,” Hudson said, quoting the Bible on criminal activity, “By their fruits you shall know them.”

“I’m very annoyed that the victims are not being considered; that it’s all about some varmint,” said Hudson after the hearing. “I can’t understand why we have all of this breath being wasted on people who have proven they will not follow the law.”

SLED Chief Mark Keel testified against expanding expungement laws as well, noting that “Seventy percent of all criminals are recidivist offenders,” and it was important for not only employers but law enforcement to know about serious criminal histories.

“What about the 30 percent of us who are doing a good job, and out here doing the right thing?” said Jerry Blassingame, arguing in favor of more lenient expungement laws. Blassingame served prison time in the 1990s for a drug charge, but has since founded a business in Greenville that employs hundreds of workers, and has a family.

Patricia Littlejohn, executive director of the S.C. Center for Fathers and Families, also testified in favor of expanding expungement laws in South Carolina. “Many want to provide for their children but can’t because of their inability to gain employment. Having a criminal record is a major barrier.”

“Time is a very good judge of character,” said 3rd Circuit Solicitor Ernest Finney III, arguing that deserving ex-cons, who proved they could reform, should get a clean slate.

Senator Paul Thurmond, R-Charleston, said that he agrees it can be difficult for ex-criminals to fully reform when a criminal record trails them and hinders their ability to find employment. “We have to figure out how we can allow people to pay their debt to society that were not convicted of serious and violent offenses, ultimately be able to get back into the community without a mark that prohibits them from having success,” he said.

The Strom Law Firm Can Help with Expungement in South Carolina

If you do the crime, you do the time, as the saying goes. But when you walk out of the prison, what happens next? It’s relatively easy to agree that if you are charged and convicted for a serious crime such as kidnapping or manslaughter that you may continue to face a stigma after you serve your time, but what if it is your first and only offense for writing a bad check? Even worse, what happens if the offense was a single slip up as a teenager? The hard facts are that unless you qualify for an expungement or a pardon your criminal record may follow you around, and hold you back, for the rest of your life.

Expungement of records is a very important step in helping wrongfully convicted people move on in their lives. Criminal records stand in the way of job and education opportunities. If you have been wrongfully convicted and want to expunge your record, the attorneys at Strom Law can help. We offer free, confidential consultations, so contact us today. 803.252.4800