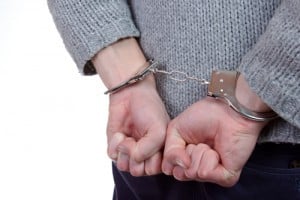 A woman from Hanahan, SC was charged with one count of felony DUI last year after her drunk driving caused her to crash her car and kill a man.

Lisa Victoria Pistolis, 26, pleaded guilty to the felony DUI charge on Tuesday, May 27th, in a Charleston courtroom. The judge sentenced Pistolis to six years in prison, then suspended the sentence to 4 years, 8 months. She was given credit for the 81 days that she has served in jail so far.

On the afternoon of January 27th, 2013, police responded to a vehicle accident in Charleston County. Reportedly, Pistolis’s vehicle drifted off the roadway and into the median; when she attempted to get her car back on the correct side of the road, she collided with a Jeep driven by victim Serjei Matias Cahuantzi, 35 years old from Charleston.

Both vehicles spun out of control and the Jeep flipped several times. The passengers in the Jeep, as well as Pistolis herself, were taken to MUSC for treatment. Cahuantzi’s passengers suffered serious internal and skeletal injuries.

Authorities say that at the time of the accident, Pistolis was awaiting trial for another DUI accident. At the scene, her blood alcohol content was reportedly twice the legal limit, which is 0.08.