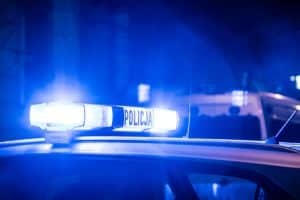 In 2015, South Carolina has lost 581 people to serious traffic accidents. That number is up 107 fatalities since this time last year. The state consistently sees around 800 people die every year in traffic accidents, whether they are pedestrians, passengers, or even the driver who caused the accident.

In response, the South Carolina Highway Patrol has launched the Target Zero campaign. This year, the campaign asks: How much should we reduce traffic accidents?

One woman interviewed suggested a 25% reduction in traffic accidents and fatalities was reasonable. “Half is a tremendous start,” another woman suggested.

Then the interviewers asked what a reasonable goal for traffic accidents and fatalities among the interviewee’s family members would be.

Target Zero began intentionally during the 100 Hottest Days, the long part of the summer between Memorial Day and Labor Day, when children are out of school, friends and neighbors throw numerous outdoor parties, and families go on long road trips. There are more drunk, distracted, and drowsy drivers on the road during this period than any other except major holidays like Thanksgiving, Christmas, and New Year’s.

“Target Zero” is a year round program but is emphasized more during the holiday season, according to Senior Trooper Hannah Wimberly. “Through Target Zero we go around asking people how many fatalities do you want in your family? How many people do you want to know to be killed in the state of South Carolina?”

“The only acceptable number of traffic deaths in our state is zero. We believe that the loss of even one life on our highways is unacceptable because that life is not just a statistic, it is someone’s family member or a friend,” Highway Patrol Lt. Col. Chris Williamson of North Charleston said during a news conference.

“Sadly, our troopers see horrible crashes on a daily basis caused by one of these three factors, and often a combination of them,” Williamson said.

“You drive past them and you’re like, ‘Oh a crash, that’s awful.’ But until you think about it being your family or your kids … it doesn’t really affect you,” Courtney Mendez said.  “”But then when you bring it, ‘Hey they could be your kids in that car crash,’ like I know for myself, I’m going to be more likely to participate in a campaign if I think it could affect my family.”

“We want people to know that this is solely to keep them safe,” said Lance Cpl. Bill Rhyne. “We’re trying to get those drunk drivers off the roadway, or those impaired off the roadway.”

If you or someone you know was the the victim in a DUI accident, we may be able to help.