Corpse Trafficking: The Secret Life of Belly and Bone 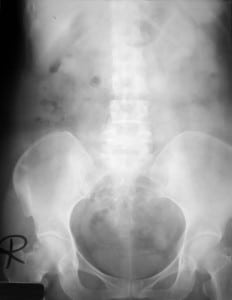 Could you be unknowingly receiving bone or tissue from a corpse? Has a loved one’s corpse been used for tissue or bone donation? Do you know about local corpse trafficking?

The use of these tissue ranges from everything from dental implants and bladder slings to plastic surgery. The flourishing industry has little regulation. With little regulation, diseased tissues may infect transplant recipients. Diseases like hepatitis and HIV may occur through the passing of tissue from donor to recipient with little intervention.

Another major concern is where the tissue is coming from. Many times the tissue comes from a corpse without the family signing off on the agreement. Because tissue trade is a lucrative business, many individuals will do just about anything to get their hands on the tissue or bones of a corpse. Many companies will wine and dine those who may be able to obtain bone and tissue donations.

The most famous case of illegal tissue trade involved a former dental surgeon Michael Mastromarino. Mastromarino paid undertakers up to $1000 for raw materials. He would then strip the bodies of their bones, skin and other usable parts and return the bodies to family members. The family, unaware of what had occurred, then buried or cremated the bodies. In total Mastromarino dismembered more than 1000 bodies including the body of the famous BBC broadcaster Alistair Cooke. Mastromarino is now serving a 25 to 58 year sentence for conspiracy, theft and abuse of a corpse.

One mother recalls the moment she found out her dead son’s corpse was used for bone and tissue trade. Lubov Frolova says while riding in the hearse on the way to the cemetery, the shoe of her deceased son, Oleksandr Frolova, 35, slipped off his foot.  Ms. Frolova’s daughter-in-law then touched the foot only to discover the foot was empty. Later police revealed to Ms. Frolova her son had lost two ribs, two Achilles heels, two elbows, two eardrums, two teeth, among others from tissue trafficking. Ms. Frolova says she could not read the whole police report because she felt sick.

Another incident involved Kateryna Rahulina whose 52-year-old mother, Olha Dynnyk, passed away. Ms. Rahulina discovered her mother’s tissue and bones, too, had been taken because of tissue trafficking. Police showed Ms. Rahulina a document in which showed she gave approval for the tissue donation. Ms. Rahulina claims she never signed the papers and someone had forged her approval.

With little oversight and regulation from the practice, cases like Ms. Frolova and Ms. Rahulina may become more common.

Have you or a loved one been the victims of corpse trafficking? Contact the Strom Law Firm at 803.252.4800.