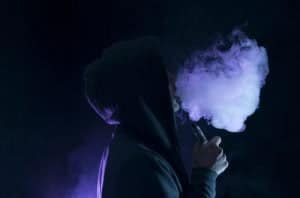 A California woman filed a product liability lawsuit after she was badly burned by an electronic cigarette. And on Wednesday, the jury ruled in her favor.

Victim Jennifer Ries and her husband were on their way to the airport to take an international vacation in March 2013, when she decided to charge her e-cigarette, in anticipation of the long trip. However, after she plugged the e-cigarette into the car’s charger, liquid began to drip from the battery. The car filled with a chemical smell like nail polish remover, and suddenly exploded.

Ries’s dress caught fire in the battery explosion, as well as her seat. Chemicals from the battery spilled into her lap, severely burning her legs. She panicked and tried to jump out of the moving car, but her husband stopped her and poured iced coffee on her to douse the flames. Unfortunately, Ries suffered second-degree burns on her legs, buttocks, and hand.

E-cigarettes have been touted by their manufacturers as safe, with low heat emitting from the battery and less chemicals because of the liquid vapor, instead of burning carbon and chemical fillers. In fact, when the first e-cigarettes hit the market, they were touted as a method for smokers to stop smoking. However, since the customer base has grown, many malfunctions have been discovered in the devices, including overheating problems and issues with the lithium-ion batteries, which can have devastating consequences when they fail.

According to an analysis by the U.S. Fire Administration, since 2009, there have been 25 serious fires involving e-cigarettes, of which 20 were caused by the device’s battery failing and exploding. Lithium-ion batteries can fail quickly and catastrophically if they receive too much voltage while they are charging.

Ries and her husband filed the product liability lawsuit in a California civil court, claiming both physical and emotional scars from the product’s explosive failure. On Wednesday, September 30th, the jury ruled in favor of the Ries couple. The lawsuit claimed that the distributor, VapCigs, the wholesaler, Cartons 2 Go, and the store in Corona, California, where she bought it, Tobacco Expo, were all liable for her injuries.

VapCigs claimed that the charger in the vehicle must have provided 5 volts or more to the device while charging, and that the company warns users not to charge the devices with more than 4.2 volts. However, Ries’s lawsuit stated that there was no warning until after Ries received the severe personal injury. “VapCigs began warning users not to charge the battery in the car” after Ries was burned, the product liability lawsuit claimed.

She and her husband won $1.9 million for personal and physical damages, according to a Riverside County Superior Court.

“It was an accident that completely changed my life,” Ries said in an interview. “You never expect when you buy something that it’s going to misfire or break or injure you. It was extremely scary.”

Her lawsuit claimed that the stores “involved in the distribution of a product that failed to conform to any kind of reasonable safety expectation — battery chargers should not explode — and failed to warn about known dangers.”

Facebook
Twitter
LinkedIn
PrevPreviousDo More Tests Lead to More Malpractice Lawsuits?
NextComputer Hacking Could Cause Many to be without InternetNext