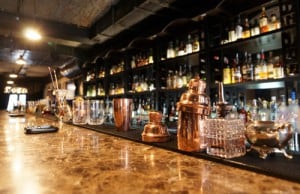 The tragic story of Emma Longstreet’s death changed DUI laws in the state of South Carolina forever.  The Longstreet family filed a dram shop liability lawsuit against the Columbia bar that served the drunk driver who hit the family.

On Friday, October 16th, a judge ruled that the bar must pay the Longstreet family $3.85 million for their negligence in serving the driver in 2012. The drunk driver who caused the devastating accident that killed 6-year-old Emma and injured several others, has been serving a 10-year jail sentence for the felony DUI.

Emma’s parents, David and Karen, along with their three children and another motorist, Kenny Sinchak, filed the civil suit against the Loose Cockaboose Sports Bar, claiming that the shop remained open too long and served the driver responsible for the accident when he was clearly intoxicated.

Evidence was presented during the dram shop liability case, that the Cockaboose served him three vodka cranberries after 3 AM. The bar most likely remained open after regular operating hours to take advantage of New Years’ Eve party-goers looking to continue their revelry, according to court documents. Mere hours later, the driver ran a red light and slammed into the Longstreets’ vehicle, killing Emma and injuring the other passengers, while the family was on its way to church.

Hutto testified that, during New Years’ bar-hopping, he was served several alcoholic drinks in bars along Columbia’s Vista neighborhood, including Jillian’s and the Big Ugly, which is now closed. He stated that he was intoxicated when he arrived after hours at The Loose Cockaboose, near Williams-Bryce stadium. Court documents state that his blood alcohol content was most likely at least 0.3, which is well over the legal limit of 0.08. The Loose Cockaboose was open illegally past state-mandated hours – they should have closed at 2 AM – and illegally served Hutto although he was intoxicated.

“When you break the law by serving liquor to intoxicated people, and that results in injury or death, you should be held responsible,” said Laura Hudson, executive director of the South Carolina Crime Victims Council.

The Longstreets’ attorney stated: “This was never about the money. This was about getting a verdict and holding a bar accountable for the death of their daughter. It was a final opportunity for the Longstreets to stand up and fight for Emma. They wanted the truth, and they wanted a verdict and an acknowledgment by the community that these bars must do more to protect the innocent.”

The jury found the Cockaboose and then-owner Kelly Whitlock guilty of negligence for remaining open past legal hours, and serving an intoxicated patron. The bar and former owner must pay the victims $3.85 million in damages, according to the dram shop liability case.