Lexington Man Will Serve 10 Years for DUI That Killed Child 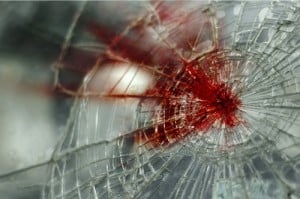 In the notorious DUI case that killed 6-year-old Emma Longstreet, her murderer has been sentenced to 10 years in prison for felony DUI.

The three-vehicle accident occurred on New Year’s Day 2012. The Longstreet family was on their way to church, while Hutto, who had become incredibly intoxicated the night before, was attempting to drive home to Gilbert.

Hutto was sentenced to 9 years in prison for felony DUI, and 10 years in prison for injuries to Emma’s father. The two sentences will run concurrently, according to the judge. He will also receive credit for the 18 months in prison that he has already served, and he will be eligible for parole after 85% – more than 7 years – of his sentence is served. He has also been fined $15,000.

State crime victim advocate Laura Hudson called the punishment lenient. “I don’t think it was significant enough for (taking) a life,” she said.

“I wish I could have taken her place,” Hutto told Emma’s family in court. He added that, when he got out of jail, he planned to counsel young people about the dangers of alcohol and DUI.

“Exactly how do you say I’m sorry to a family that’s lost a child? I’m sorry just isn’t enough,” said Mrs. Hutto. “We will never know the pain of the Longstreet’s and the pains of their suffering.  That is a pain no one can know unless they have been in David and Karen Longstreet’s position.”

This is not Hutto’s first DUI arrest, although it is his most serious. In 2009, he was arrested on DUI charges, and sought help with his alcohol problem after pleading guilty. However, he was only partially successful in his recovery.

According to police reports, Hutto’s blood alcohol content (BAC) at the scene was 0.208. The current legal limit is 0.08.

Reportedly, Hutto was going between 57 and 60 miles per hour on New Year’s Day when he ran a red light and hit a minivan carrying six members of the Longstreet family, including Emma. The speed limit at the intersection was marked 35 mph.

The terrible tragedy that took Emma Longstreet’s life has inspired her parents and family to crusade for tougher DUI laws in South Carolina.

Called Emma’s Law, the proposed measure targets first-time DUI offenders to help prevent repeat offenses. If the drunk driver blows a BAC of 0.12 or higher, an ignition interlock system will be installed in their vehicle. Ignition interlock devices prevent the car from starting until the driver has used the breathalyzer to test their BAC. If the driver blows higher than 0.02, the car will not start.

Emma’s parents lobbied state lawmakers to pass the legislation for much of 2012 and 2013. It has been referred to the House Committee on Judiciary in 2013, and will be taken up again in 2014.