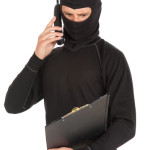 Myrtle Beach police have issued a warning to residents that a new phone scam could lead to credit card fraud and identity theft.

On Saturday, August 3rd, a 61-year-old woman reported that she had received a suspicious phone call from a person claiming to be with the police department, and threatening her with jail time. According to her report, a man claimed to be a Myrtle Beach police lieutenant, who was calling her because she had missed jury duty and was being fined. He added that he had a warrant for her arrest. She told the caller that she had not received a letter about jury duty, but the caller persisted, saying that she would be arrested if she did not pay the fine for missing jury duty. He gave her another phone number to verify his story, which the victim called and a person on the other end verified the previous caller’s story, saying that he had warrant information for her arrest. When the previous caller called back, he pressured her into providing her credit card information, which she finally gave to him to get him off the phone. She immediately canceled the credit card after she got off the phone, but the card already had $982 pending.

“Law enforcement would never request payment information or do anything like this over the phone. If anyone receives similar phone calls please notify the proper authorities as soon as possible,” said Capt. David Knipes. He added that any contact involving payments would be taken in person at the Clerk of Court’s office.

According to South Carolina state law, credit card fraud or theft is defined as when a person:

“(1) takes, obtains, or withholds a financial transaction card or number from the person, possession, custody, or control of another without the cardholder’s consent and with the intent to use it; or who, with knowledge that it has been so taken, obtained, or withheld, receives the financial transaction card or number with intent to use it, sell it, or transfer it to a person other than the issuer or the cardholder;

(2) receives a financial transaction card or number that he knows to have been lost, mislaid, or delivered under a mistake as to the identity or address of the cardholder, and who retains possession with intent to use it, sell it, or transfer it to a person other than the issuer or the cardholder;

(4) is not the issuer, and during any twelve-month period, receives financial transaction cards or numbers issued in the names of two or more persons which he has reason to know were taken or retained under circumstances which constitute a violation of item (3) of this section and Section 16-14-60(A)(3).

A person who commits financial transaction card or number theft is guilty of a felony and, upon conviction, must be sentenced as provided in Section 16-14-100(B). “

Identity theft is act of taking the identity of others, or using others information, during a criminal act. Typically identity theft is done for financial gain or to obtain the benefits of another. Someone’s identity may be obtained from a variety of illegal acts. An identity can be obtain from rummaging through the trash, hacking into computers, looking through public records, and hacking into credit card networks, among others.

If you have experienced identity theft or credit card fraud, you are not alone. The attorneys at the Strom Law Firm can help clear your name and even reinstate your social security benefits. We offer free, confidential consultations to discuss the facts of your case. Do not hesitate to contact us. 803.252.4800.