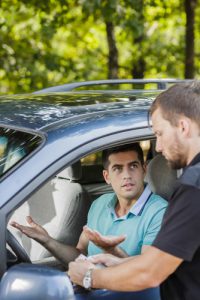 A self-proclaimed “party princess” is slated to appear in court on Wednesday, August 7th, to accept a guilty plea deal in the felony DUI killing of a South Beach chef in January of this year.

Twenty-year-old Karlie Tomica is expected to plead guilty to the felony DUI charges, in exchange for four years in prison as a “youthful offender.”

Tomica was working as a bartender at the Nikki Beach nightclub at the time. She left work intoxicated, and brutally struck Stefano Riccioletti as he crossed Collins Avenue to go to work as the executive of the Shore Club.

Worse, Tomica continued driving, despite other drivers following her and pleading with her to stop. When she reached her South Beach condo, a motorist who had followed her the whole way confronted her, and implored her to go back to the scene. Reportedly, she ignored the pleas and went upstairs.

Later, Miami Beach police arrested her in her residence. Prosecutors say that Tomica refused to take a breathalyzer test on the scene. She was taken to the police station, where she reportedly fell asleep in in a chair, snoring loudly.

A toxicology report confirmed that Tomica was highly intoxicated at the time – two hours after the incident, her blood alcohol content registered as 0.225, more than three times the legal limit of 0.08.

She has been charged with felony DUI manslaughter, leaving the scene of an accident, fatality, resisting arrest without violence, and DUI property damage.

Tomica has been out of jail and under house arrest with an ankle monitor. Her court hearing will be on Wednesday afternoon.

The Riccioletti family has filed multiple lawsuits in the felony DUI case. His widow has filed a civil suit against Tomica, while the victim’s oldest son filed a civil lawsuit against Nikki Beach club for allowing Tomica, an underage employee, to consume alcohol while on the job.