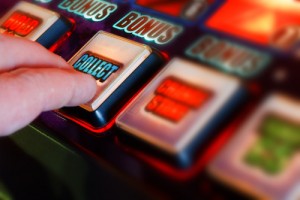 On Wednesday around 3:38 PM, Lexington police received a call about a break-in at the mobile home where the devices were stored. According to the police report, Chase reportedly opened the front door of the mobile home and a man inside ran away. Deputies have not identified the alleged burglar yet.

Deputies called narcotics investigators to the scene to investigate, and officers found 20 illegal gambling machines in the mobile home, as well as furniture and other items that would have been used in a bar. The machines were reportedly Pot-O-Gold devices, which are illegal under South Carolina’s video poker laws. Law enforcement seized the illegal gambling machines.

LCSD asks anyone with information about illegal video gambling devices to call the Lexington County Sheriff’s Department at (803) 785-8230 or CrimeStoppers at 1-888-CRIME-SC.

Legally, sweepstakes machines fell into a grey area – police could raid establishments that operated sweepstakes machines, but a county judge would have to formally decide whether or not the machines fell within video poker laws and were therefore illegal video gambling devices. More often than not, judges would agree with law enforcement, but occasionally there were disputes.

The Strom Law Firm was one of the first law firms to bring suits against the video gambling and poker industry in the late 1990s seeking to recover gambling losses. Since that time, Strom Law Firm has litigated a couple of video poker and illegal gambling machine cases, including a case against a local Columbia restaurant.

A family or relative may file suit anytime within one year from the time the money is lost gambling. If you or a family member has lost money to illegal gambling machines or gambling addiction within the last year, you may have legal rights, and should contact a lawyer immediately.

The attorneys at the Strom Law Firm have experience with illegal gambling machine cases, as part of state criminal defense. We offer a free consultation to discuss the facts of your case. To have a lawyer evaluate your case, please call us at 803.252.4800.