Although Columbia’s Overall Violent Crime Rate Has Declined, Homicide Rate is On the Rise 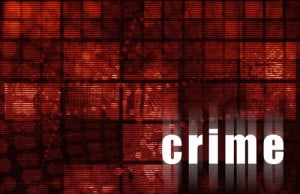 Although the overall violent crime rate in Columbia, South Carolina has declined, according to numbers recently released on April 28th, the homicide rate has increased.

Compared to this period last year, violent crime and property crimes have declined overall, according to Columbia Police Chief Skip Holbrook. However, homicides, in particular, have increased, something Holbrook believes is due in part to an increased rate of domestic violence-related homicides.

“It’s nice to talk about our downward trends in violent crime, but the reality is we are still well above the national average when it comes to violent crimes,” Holbrook said Tuesday in a report to Columbia City Council’s Public Safety Committee. “We have to address (community and police) relationships, but we also have to address violent crimes, gun possession and the availability of the guns.”

So far this year, Columbia’s police have investigated 4 homicides, each of which Holbrook said resulted from a domestic dispute that turned into gun violence, rather than gang-related violent activity.

“That bullet that goes downrange, it doesn’t identify race, sex or age. It doesn’t discriminate,” Holbrook said. “When you put that in the hands of an immature youth, they aren’t thinking about the outcome of what they do.”

One of the “youth” domestic disputes, according to Holbrook, involved the shooting homicide of 17-year-old high school student Eric Washington on March 15th.

Other property and violent crime rates have decreased:

If you or a loved one are the victim of a violent crime like homicide, armed robbery, or sexual assault, you may be able to pursue a claim for damages.

Our crime victim attorneys review and investigate claims on behalf of victims of:

Taking legal action is an important first step in overcoming the trauma many victims of violent crimes like homicide, rape, or domestic violence experience.

If you believe that third-party negligence led to a violent crime like homicide, arson, assault, armed robbery, or rape, which has physically and emotionally injured you or your family, you may be able to file a personal injury lawsuit to help recover some financial stability while you grieve. The South Carolina personal injury attorneys at the Strom Law Firm offer one free, confidential case evaluation to discuss the incident and how we can help. Contact us today. 803.252.4800