Congress Suspends “Rest Rule” Which Could Lead to Trucking Accidents

Congress Relaxes Rest Requirements for Truckers, Which Could Cause More Trucking Accidents Due to Exhaustion 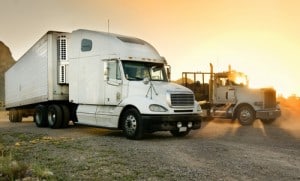 Despite evidence that exhausted truck drivers are more at risk of causing trucking accidents, at the end of last year, Congress rolled back a “rest rule” created in 2013 that required a certain amount of rest for truck drivers.

The Federal Motor Carrier Safety Administration estimates that the rest rule prevents 1,400 trucking accidents annually, 560 injuries, and 19 deaths. Although the truck drivers themselves may continue to behave as responsibly as possible, the relaxed regulations may allow carriers to push their already stressed drivers harder, which could lead to higher stress, more drug use, and an increased rate of trucking accidents.

The current legislation, which is being rolled back, already allows for strenuous work hours for truck drivers. Truck drivers are allowed to work up to 14 hours a day, 11 of which can be spent driving. If a truck driver averages 70 hours per week – the legal maximum for most full time jobs, before overtime kicks in, is 40 hours per week – then the driver is required to take 34 hours off, including two consecutive nights defined as between 1 AM and 5 AM. The transportation department’s previous rules allowed exploitive work weeks of 84 hours. This level of exhaustion led to numerous trucking accidents caused by tired drivers.

“We’re appalled at the deal-making and horse-trading behind closed doors and out of the public view,” said Jackie Gillan, president of Washington-based Advocates for Highway and Auto Safety, a watchdog group. “Some elected officials think it’s acceptable to bend to the demands of corporate trucking interests, and it’s acceptable to make political bargains that have life and death consequences.”

For an example of the dangers of exhausted truck driving, one only has to look to the recent case of comedians Tracy Morgan and James “Jimmy Mack” McNair. Last June, the two long-time friends were in a limousine together, when their vehicle was struck by 35-year-old Kevin Roper, who was driving a Walmart truck. McNair was killed at the scene, while Morgan suffered broken bones and a head injury that he claims in a personal injury lawsuit continues, meaning it is a traumatic brain injury.

Roper reportedly had been driving for 14 hours straight when he barreled down the New Jersey Turnpike, through heavy construction.

“The evidence clearly shows that truck drivers are better rested and more alert after two nights of sleep than one night, and that unending 80-hour work weeks lead to driver fatigue and compromise highway safety,” said U.S. Transportation Secretary Anthony Foxx, in a letter to senior members of the Senate and House appropriations committees considering the year-end spending plan.

In 2012, 3,912 deaths were directly caused by trucking accidents, according to Foxx. By enacting legislation to require specific rest periods, Foxx stated that his agency and Congress saved thousands of lives every year. Reversing the legislation would reverse a positive safety trend.

Trucking Accidents Can Cause Serious Injury and Wrongful Death

The Strom Law Firm, LLC can help you if you have been injured in a trucking accident.

With careful analysis and investigation we will look at critical factors including:

If you or a loved one has been such a victim, contact the Strom Law Firm, LLC trucking accident lawyers.  Whether you were injured in a bus accident, tractor trailer accident, or any other commercial vehicle accident, we can help.