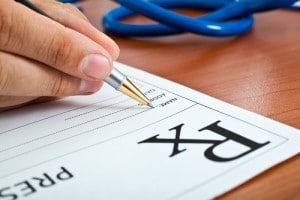 A long-time doctor from Irmo testified in a federal drug trial for his role in a drug ring that sold Oxycodone and other prescription drugs. During his testimony, he claimed he was an unwitting pawn in the organized Columbia drug trafficking ring.

“I have just done this for a long time, and I have a very caring heart and try to help people,” the family practitioner testified in federal court regarding his accidental role in a major South Carolina based drug ring, headed by a notorious kingpin. “I don’t like to have them in pain.”

The physician maintained, during his testimony in federal court, that he used due diligence when prescribing Oxycodone and other addictive, highly regulated painkillers to his patients. He asked his patients questions about their level of pain, and gave them urine tests to determine that his patients were taking their prescribed narcotics, rather than illegally reselling them.

The Irmo family doctor was potentially an unwitting part of the kingpin’s drug ring, who sent family and friends to see him in order to get prescription medications, including Oxycodone. With the influx of patients, the physician reportedly prescribed up to 300 30-milligram Oxycodone pills per month.  The kingpin purportedly ran a handful of fake patients through the physician’s practice. The drug ring leader then resold the prescription painkiller to addicts for around $25 per pill.

The ring leader has pleaded guilty to his own federal drug charges. He awaits sentencing, and faces up to 20 years in prison. During his own testimony on Wednesday, December 9th, he confessed that he intentionally sent associates to the Irmo doctor’s office to become patients so they could receive regular prescriptions. He even provided them with fake Oxycodone-laced urine because he knew that the physician would drug test his patients.

After DEA agents began investigating the physician, he gave up his federal DEA license to avoid being investigated for over-prescribing narcotic pain medication by the South Carolina medical examiners licensing board. He still practices as a family doctor and is in good standing with the medical board, but does not have the ability to write prescriptions anymore. He has not been charged with any drug crimes.

Testimony from earlier in the trial suggested the ring leader paid $7 per Oxycodone pill, which is often referred to as Hillbilly Heroin.

Three operatives who worked as fake patients also testified earlier in the week, two in their own federal drug charge trials. One former fake patient testified that he was sent to the physician’s office to collect pills, and added that he was happy when DEA agents arrested him in August 2014 so that he could kick his addiction to Oxycodone. Before that, he was allowed him to keep some of the Oxycodone prescription he received, and also paid to obtain the drugs, so it was like “winning the lottery every month.”  The other two fake patients who worked for the ring leader have pleaded not guilty to their drug charges.