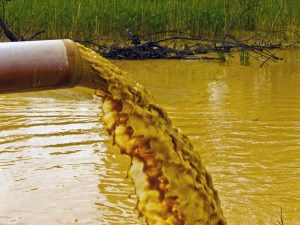 A chemical company based in Elgin, in Kershaw County, South Carolina, reached a $500,000 settlement with the federal government for claims that they violated federal pollution laws.

The US Attorney’s office said that the company dumped ten different chemicals into the Wateree River over a period of 46 years. The amount of chemicals was well beyond federal safety limits. Among the pollutants were benzene, chlorine, toluene, and xylene.

Weylchem US reached an agreement with the federal government on Tuesday, March 26th, over claims that the company violated federal air, water, and solid waste pollution laws. The company has operated its Elgin facility since 1967, and produces chemicals used in the manufacture of pharmaceuticals and pesticides, among other products.

“After years of negotiations, this consent decree is good news for the Lugoff and Elgin communities and the people of South Carolina,” said US Attorney Bill Nettles.

The Environmental Protection Agency’s regional administrator, Gwen Keyes Fleming, said, “This agreement will result in better management practices that will ultimately lead to greater protection of public health and environment for the citizens of South Carolina.”

Officials say that Weylchem has already improved its air pollution equipment, and will begin checks on waste tanks to ensure there are no cracks or leaks. In addition, the company will investigate possible soil and groundwater contamination in the Elgin area.

The Department of Health and Environmental Control in South Carolina will receive $175,000 of the half-a-million dollar fine.

The Effects of Exposure to Pollution

The Elgin-based plant for Weylchem has allegedly exposed South Carolina residents to some serious problems. The National Institute of Environmental Health Sciences describes the effects of several types of pollution on their website, and there is potential for Weylchem to have exposed Elgin and Lugoff residents to air, water, and hazardous waste pollution problems.

The NIEH defines air pollution as “a mixture of natural and man-made substances in the air we breathe such as fine particles produced by the burning of fossil fuels, ground-level ozone, which is a reactive form of oxygen that is a primary component of urban smog, and noxious gases such as sulfur dioxide, nitrogen oxides, carbon monoxide, and chemical vapors.” Hazardous wastes are “discarded materials with properties that make them potentially harmful to human health or the environment. Hazardous wastes can include things such as chemicals, heavy metals, or substances generated as byproducts during commercial manufacturing processes, as well as discarded household products like paint thinners, cleaning fluids, and old batteries.” Water pollution is defined on the website as “any contamination of water with chemicals or other foreign substances that are detrimental to human, plant, or animal health. These pollutants include fertilizers and pesticides from agricultural runoff; sewage and food processing waste; lead, mercury, and other heavy metals; chemical wastes from industrial discharges; and chemical contamination from hazardous waste sites.” Health effects from all of these are very serious – they can lead to heart disease, lung problems, increased risk of cancer, and death.

A toxic tort involves the exposure of individuals, often in large numbers, to harmful chemical or biological substances. If you or a loved one have been exposed to pollution because of industry in your area, and have since suffered health problems, you may be entitled to compensation. Contact the toxic tort attorneys today for a free consultation. 803.252.4800.