Man Who Was Wrongfully Imprisoned for One Month Finally Released 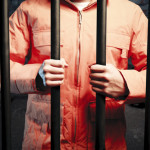 Man Charged with Armed Robbery Not the Culprit, Wrongfully Imprisoned in SC

A man that York County police originally believed to be an armed robbery in a daytime robbery at CVS in early July has been released from prison. The real criminal has been found, according to officers, and the wrongfully imprisoned man is out of jail and with his family.

Jason Thatcher, 34, learned about the arrest warrant against him on July 2nd, and turned himself in. However, that was not an admission of guilt – Thatcher merely wanted to clear his name of the charges. Instead, he sat in jail for 29 days while his family maintained his innocence.

York County investigators now believe the mix-up and wrongful imprisonment happened because Thatcher has the same make and model of car as the actual robber. Officers discovered that Thatcher was not the criminal they wanted after similar armed robberies continued across North and South Carolina.

Rock Hill police then asked the county’s solicitor to drop the charges when they realized they had the wrong man.

Although Thatcher has a prior criminal record, that was no reason to for him to be wrongfully imprisoned or assume that he was the robber, his family said. Since his last arrest in 2012, his girlfriend, Stephanie Brewer, 25, and his mother, Diane Horne, say that he has reformed, does not drink or do drugs, and has tried to maintain a stable job. Unfortunately, his wrongful imprisonment may have cost him his job and his car.

Horne says that the experience has killed her faith in the criminal justice system.

The Mix-Up that Led to Suspect Being Wrongfully Imprisoned

Surveillance video of the robbery – in which the robber stole a bag of prescription drugs – shows a man that Thatcher’s family says has a different hair color and is heavier-set. Police, however, say that the actual robber was similar in build, and had the same make and model of car, as Thatcher. Combined with Thatcher’s previous criminal record, Rock Hill police officers say they had probable cause to issue a search warrant against Thatcher.

Statements from witnesses at the scene of the robbery were not useful to police, so the bulk of evidence against Thatcher came from character witnesses. A K-9 unit tracked the robber’s scent to a house belonging to someone Thatcher knew, who claimed that Thatcher had robbed the CVS. Thatcher’s lawyer said there was reason to doubt the homeowner’s statement, and Thatcher’s family said they did know the man, but they have no idea why he would claim Thatcher robbed the CVS.

His family and friends say, however, he has since reformed and does not do drugs or alcohol. They add that his prior criminal record is not enough for him to be wrongfully imprisoned for a month.

Reportedly, while Thatcher was in jail, he gave his prison canteen dollars and phone credits to fellow inmates who could not otherwise afford to buy snacks or call their family members.

Thatcher’s lawyer says that the criminal charges were dropped, “not because of a technicality or a loophole, but simply because he was not guilty of these crimes.

The Strom Law Firm Helps Those Who Have Been Wrongfully Imprisoned

Whether you have been wrongfully imprisoned or convicted and seek expungement or pardon, the attorneys at the Strom Law Firm can help. We offer free, confidential consultations to discuss the facts of your case, so contact us today. 803.252.4800.