A judge must consider all of the circumstances surrounding a child’s care, especially parental rights. While South Carolina Divorce law does not state a preference in child custody disputes, Family Courts typically award primary custody to the mother.  It will always depend on the best interest of the child. The Family Court will also consider several factors including which parent has been the primary caregiver and which spouse is more capable of providing a safe home environment.  The Family Court will weigh the child’s preference depending on age. 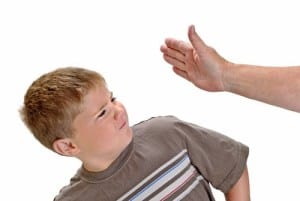 When a Family Court terminates the rights of a parent, it legally ends the relationship between the parent and the child. Courts will terminate parental rights when one or both parents are unfit to care for the child, or when one party voluntarily relinquishes the rights to the child and the child can be adopted by another family.  Once the relationship is terminated, the parent no longer has any rights or responsibilities for the child. The child can still inherit from the parent, unless a Final Order of Adoption terminates the child’s rights of inheritance.

The Family Court has the authority to terminate parental rights if its in the best interest of the child. South Carolina Code Ann. § 63-7-1640 authorizes the Court to terminate or forego reasonable efforts to preserve a family if it finds any of the following grounds:

The United States Supreme Court in Troxell v. Granville, 530 U.S. 57, (2000) held that the control of children is a fundamental right right protected by the Due Process Clause of the Constitution. The South Carolina Supreme Court made it clear in its decision in Camburn v. Smith, 355 S.C. 574, 586 S.E.2d 565 (2003) that parents have a protected liberty interest in the care, custody, and control of their children.  The decision also stated that parents and grandparents are not on equal footing regarding contested visitation. Before the Family Court will award visitation over parental objection, the parent must be shown to be unfit by clear and convincing evidence, or there must be evidence of compelling circumstances to overcome the presumption

Under South Carolina law, if a father is not married to the mother at the time of the birth, the Family Court will not legally presume that person has a paternal relationship to the child. As a result, that person will not have the right to child custody, visitation, or be obligated to pay child support. However, that does not mean that those fathers do not have rights. Those fathers can file a paternity action to prove through DNA testing that he is the child’s biological father. Then, the Judge may grant visitation or custody, if it would be in the child’s best interest.

Parental Alienation, also known as “Parental Alienation Syndrome” is a form of child abuse that occurs when one parent wants to sabotage the child’s relationship with the other parent. It generally involves baseless allegations of abuse. When this occurs,children may end up becoming estranged toward the other parent, which can result in the child opposing the visitation arrangements.  If you believe that your former spouse is deliberately causing parental alienation, you need a Divorce Attorney to fight for your rights immediately.

Family Courts may issue Orders For Protection where Domestic Violence has occurred if one party can show either physical abuse or fear of imminent harm or danger. The Family Court may address some issues on a temporary basis as a result, including custody of the children, child support, and possession of the home. These Protection Orders are usually heard on very short notice and are only valid for a specified period of time, generally between 6 and 12 months. Click here to read more about domestic violence issues in divorce law.

The Family Court will issue restraining orders to protect spouses from harassing or threatening each other during a divorce action or permanently. The restraining order will not always mean “no contact” unless it specifically states it. The order does not prohibit either party from coming within a certain number of feet from each other unless it specifically says so as well.  The Family Court can also issue orders to protect the assets and debts of the marital estate. These orders typically prohibit the parties from selling, disposing, or converting any marital asset, or incurring any additional marital debt during the divorce action without with other spouse’s written consent.