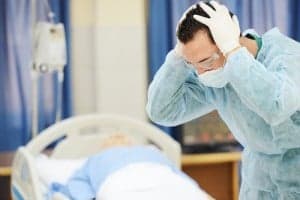 Although the Centers for Medicare and Medicaid Services recently vowed to better track patient harm, and reduce funding to hospitals with the worst track records for patient illness and return visits, a new report shows that the federal agency is also dropping some metrics of hospital errors.

The CMS has stopped reporting certain cases of hospital errors, according to USA Today, including instances of patients being given the wrong blood type during a transfusion, foreign objects left in patients during surgeries, and air embolisms – air bubbles entering arteries or veins that can cause heart attack or strokes.

CMS removed data on eight avoidable hospital errors, or “hospital-acquired conditions” (HACs) on its hospital comparison site last year, but kept a public spreadsheet that could be accessed by researchers, patient safety advocates, and consumers. As of August, however, the spreadsheet was taken down.

CMS changed what it reports to make it “more comprehensive and most relevant to consumers,” spokesman Aaron Albright said in an e-mailed statement.

CMS still reports on 13 hospital errors, including hospital-acquired infections like MRSA and post-surgery sepsis, but has dropped eight types of hospital errors.

Part of the change involves using more reliable measurements for these hospital errors based on different data, including information from the Centers for Disease Control.

National Quality Forum spokeswoman Ann Grenier said the panel decided the data should be dropped because it wasn’t “appropriate for comparing one hospital to another.” The NQF reviews performance measures that might be used in federal or private reporting and payment programs, and CMS is now using NQF-endorsed measures for their data.

Experts and critics say that consumers have a right for hospital error and patient harm information to be posted publically.

“People deserve to know if the hospital down the street from them had a disastrous event and should be able to judge for themselves whether that’s a reasonable indicator of the safety of that hospital,” said Leah Binder, CEO of the Leapfrog Group, which issues hospital safety ratings.

Hospital error is unfortunately common. One report showed that 6,000 foreign objects are left in patients during surgery every year, and for patients who survive, they have to undergo additional surgeries and could lose parts of their intestines or take prescription medication to treat blood clots and pain for the rest of their lives. Reporting hospital errors accurately is of vital importance to both hospitals and patients, and dropping metrics “defeats the purpose of being transparent,” said Nancy Foster, quality and patient-safety vice president for the American Hospital Association.

Any time a patient goes into surgery, risks are associated. Most of the time a surgery is performed successfully without any complications. However, sometimes things do go wrong. Surgical errors can stem from the preoperative surgery stage all the way through the postoperative stage. A physician may overlook something in the patient’s health history causing surgical errors later on or, after surgery, a patient may not have achieved the anticipate results from the surgery, either way errors took place and you or your loved one deserve compensation for those errors