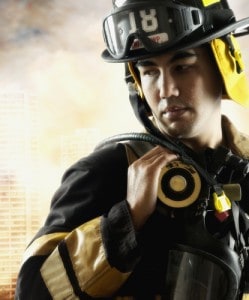 On Sunday, December 8th, Goose Creek police officers arrested a Joint Base Charleston firefighter for felony DUI, after he reportedly hit a 14-year-old girl in a vehicle accident.

The police report states that around 6 PM on Sunday, officers were called to the location of the accident, where a 14-year-old girl was lying in a ditch. Police noted that she was crying and appeared to be in extreme pain. One of the witnesses said that she was walking down the road with the girl when a Dodge vehicle suddenly approached. The witness tried to pull the girl out of the way, but she was unable to, and the vehicle struck the child. Other witnesses said that after hitting the girl, the vehicle slowed down, then sped up again.

Investigators found the vehicle parked in a driveway near the scene. The home’s door was open, so police entered the house, where they found Semashko and his wife. Both suspects smelled like alcohol and appeared disoriented, according to police reports.

When asked if the couple were involved in the felony DUI incident, Donna paused then quietly confessed that she was the driver. However, her demeanor suggested to the officers that she was lying, so they took her to the side, away from her husband, and she admitted that she had lied because she did not want her firefighter husband to lose his job.

Robert Semashko continued to tell officers that his wife was behind the wheel. He said that they had been at Sapphire’s Bar and had a few drinks, and that she often drove them both home after he had become intoxicated. However, police noted that Robert was “uncooperative” and appeared “overly cautious.” They determined that he was actually the vehicle’s driver.

The Semashkos are both currently awaiting a bond hearing. The 14-year-old girl was taken to Medical University Hospital for treatment, and has since been released.

Great bodily injury is defined by the state of South Carolina as bodily injury, which creates a substantial risk of death or which causes serious or permanent disfigurement or protracted loss or impairment of the function of any bodily member or organ. Additionally, if the injured person dies from related complications (such as a coma) within three years of the DUI-related injury, the driver may be implicated in the death.