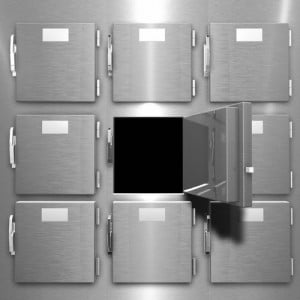 The family of a woman who reportedly died in a hospital’s morgue after being declared dead prematurely can, according to a judge, sue for medical malpractice.

In July 2010, Mary de Jesus Arroyo, 80 years old, suffered a heart attack at the White Memorial Medical Center in Boyle Heights, Los Angeles. Doctors declared her dead and her body was placed in a freezer in the hospital’s morgue. Morticians received her body a few days later, but found it face-down, with a broken nose and disfiguring cuts and bruises on her face.

Arroyo’s husband and eight children filed a lawsuit claiming that Mrs. Arroyo’s body was mishandled. However, in December 2011, testimony from a pathologist suggested that Mrs. Arroyo “eventually woke up” and caused the physical damage to herself as she tried to escape.

On Wednesday, April 2nd, the 2nd Circuit Court of Appeals overturned the lower court’s judgment, finding that the family could not have known that Mrs. Arroyo may have been prematurely declared dead and frozen alive until the pathologist gave his expert testimony on her injuries.

“Plaintiffs had absolutely no reason to suspect that the decedent was alive rather than dead when placed in the Hospital morgue and when the disfiguring injuries occurred,” the appellate justices wrote in their opinion.

The first element that must be established in a South Carolina medical malpractice lawsuit is negligence.

A doctor is responsible for providing a standard of care equal to the doctor’s training and experience under a particular set of circumstances. The standard of care, however, changes depending on a number of factors specific to your situation. Although medical malpractice is really a form of negligence, it must be proven through the use of expert witnesses since the issues involved almost always require specialized knowledge and skills which are beyond those of the average lay juror.

The second element that must be established in a South Carolina medical malpractice lawsuit is proving causation.

Even if you prove that your doctor was negligent, (that the doctor’s conduct fell below the standard of care required under those circumstances), you must still prove that his or her ”departure from good and accepted medical care” caused the injury.

If you or a loved one have been injured as a result of a medical mistake or medical malpractice, whether unclean instruments caused a disease, or lack of training created internal injuries, contact a South Carolina Medical Malpractice Attorney at The Strom Law Firm, LLC today. We offer free, confidential consultations to discuss the facts of your case. 803.252.4800