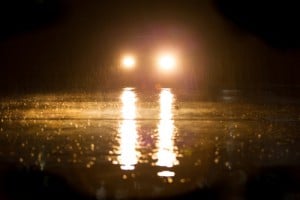 The grieving family of a 17-year-old boy, shot and killed in an altercation with a police officer, has filed a wrongful death lawsuit against the Eaton County Sheriff’s Department and the arresting sergeant after a traffic stop in February led to serious police brutality that killed the child.

Deven Guilford had just finished playing basketball with his church team and was driving to see his girlfriend, when a police officer initiated a traffic stop after Guilford flashed his headlights at the patrol car. Guilford was the third motorist to be pulled over by Sgt. Jonathan Frost that evening, according to the officer’s body camera. Frost pulled Guilford over and insisted that the teen driver’s high beams were on, although the teenager said that he flashed his own brights at the patrol car because the vehicle’s high beams were a potential danger to other motorists. Guilford insisted that he was being polite, not trying to intimidate or threaten the officer. Because the SUV was new, Frost said, the high beams were brighter than many other vehicles’ and Guilford was in the wrong. He then insisted on seeing Guilford’s license and registration.

Guilford said that he did not have to show his driver’s license or the vehicle’s information to the officer, and stated that he was recording the incident with his phone. When he held up his phone, Frost ordered Guilford to get out of the car. Once outside the vehicle, Frost ordered Guilford to get on the ground. Guilford complied with all the orders except to release his cell phone, which Frost then kicked out of his hand. The sergeant’s body camera shows Guilford then standing up and approaching Frost, who reached for his gun and shot the teenager. Guilford’s camera recorded 7 total gun shots.

“We are outraged at the huge miscarriage of justice done to our son,” Guilford’s family said in a statement. “For three months, we agonized in confusion, trying to figure out how our son, who had never even been in a serious fight, was shot seven times coming from basketball at church and going to his girlfriend’s to watch movies.”

In his police report, Frost stated that Guilford attacked him, repeatedly punching the officer in the head. “I felt as though I was going to lose consciousness and made the decision to shoot my attacker,” adding that he was afraid the teenager would get to Frost’s gun first and shoot.

Paramedics who arrived on the scene treated Frost for cuts and bruises on his head and face.

Guilford’s family filed the wrongful death lawsuit, insisting that their son’s civil rights were violated during the traffic stop, and the officer’s physical response to the teenager was out of line given the situation.

“Deven didn’t think he should have been pulled over in the first place,” the family’s attorney said Friday. “He thought he was being a good guy and a good driver in alerting somebody that their lights were on … Deven’s tragic and totally unnecessary death represents a disturbing trend of demanding 100% compliance with police authority, coupled with zero tolerance of risk of harm to police officers.”

The wrongful death lawsuit seeks trial by jury, but has not asked for specific monetary damages.