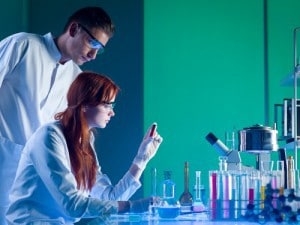 The Orange County Crime Lab recently sent letters to 900 people because of an error they discovered in their DUI blood test results.

The lab underwent an audit in October and discovered the mistakes, which the lab claims will only affect 200 DUI cases, and could only clear the names of about 20 people.

Reportedly, the error occurred when some data was not properly saved. The crime lab uses two blood test machines to determine DUI, and averages the results of the two tests.

“Because of the size of the error, we didn’t actually notice it,” said Bruce Houlihan, the lab’s director.

About 200 cases will see an adjustment in blood alcohol content (BAC), but only about 20 of those could see a drop below 0.08, which is the current legal limit.

When they were notified of the problem, Orange County prosecutors reviewed 3,000 DUI cases from between April and October, and discovered about 900 defendants with resolved cases who might be affected in some way by the results.

“Of those, 900 have been resolved either through a guilty plea or conviction,” Orange County District Attorney’s Office spokeswoman Farrah Emami said. “Our office sent letters to all 900 cases that have been resolved, notifying them of an error at the crime lab and they can check their case on the Orange County Crime Lab website to see if their case could be potentially impacted by the error.”

“In regards to a case of 0.07, we’ll review those, but even in the case of .07, that’s not automatically grounds for a case to be dismissed,” Emami added. “There are cases we prosecute based on 0.07 and we secure convictions in those cases.”

Orange County DUI defense attorneys, however, say that the lab results could affect more than 200 cases. While many convictions may not be overturned, for example, there could be changes in sentencing because of a change in blood alcohol level.

“If it took them nearly five months to figure out this mistake, what else is there?” said Virginia Landry, an Orange County defense attorney who specializes in DUI defense. “Everyone wants the roads to be safe. But this is a forensic nightmare with a lack of integrity in the process.”

“I want all the data,” she said, as her office reviews dozens of cases on their own.

Many South Carolina DUI charges are based on evidence collected by a Breathalyzer. For South Carolina, “a breathalyzer” actually refers to a DataMaster unit, which measures blood alcohol via infrared wave readings of breath samples. These units are maintained by SLED at approved breath testing sites across South Carolina.

a motorist’s own biology or medical condition may give false readings on a breath test such as: