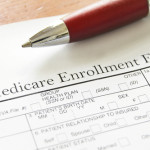 In the first week of July, federal officials announced that 55 hospitals, spanning 21 states, have agreed to pay $34 million to settle a medicare fraud whistleblower lawsuit.

According to reports, the medicare fraud allegations claim that several hospitals overbilled Medicare for a type of back surgery called “kyphoplasty.” The settlement resulted in the federal government’s investigation into kyphoplasty procedures nationwide. So far, the investigation into the medicare fraud resulted in the government recovering $74 million, including the $34 million settlement from this month.

“This isn’t a case of simple paperwork errors or innocent misunderstanding of Medicare rules,” said Tim McCormack, a Washington, DC, lawyer with Phillips & Cohen. “Hospitals across the country misrepresented the type of treatment they provided to patients so they could bill Medicare for expensive inpatient stays.”

The government became aware of the medicare fraud allegations after a qui tam, or whistleblower, lawsuit was filed in a federal court in Buffalo, NY in 2008. Two former Kyphon employees, Craig Patrick and Chuck Bates, filed the lawsuit.

The two former employees allege that Kyphon, the company that sells the equipment and materials needed for kyphoplastic surgery, persuaded hospitals to bill the surgery as inpatient in order to get more money from Medicare. However, most kyphoplasties are routine, scheduled, outpatient surgeries, and generally take no more than a few hours. The surgery is used to treat spinal compression fractures in the vertebrae which are often associated with osteoporosis. A balloon pumps up the compressed vertebrae to assume some of their original shape, then medical cement is used to fill in the gaps and stabilize the spine.

“Those who are complicit in causing the Medicare program to pay out unnecessary dollars will be pursued by OIG and our law enforcement partners,” Inspector General Daniel R. Levinson said at the time. “This $75 million settlement restores much-needed funding to the Medicare Trust Fund, as well as protecting the integrity of the program and its beneficiaries.”