WI Resident Hit by Police Car, Charged with DUI Although She Was Sober 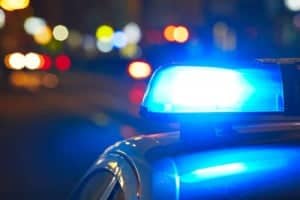 A Wisconsin woman spent months recovering from a car accident that broke her neck, when she learned that the police officer who caused the accident blamed her and had hit her with DUI charges.

Tanya Weyker, 25 years old, was driving home in her Toyota Camry on February 20th, 2013, when Milwaukee County Sheriff’s Deputy Joseph Quiles ran through a stop sign and hit her vehicle, causing it to spin out of control and into a tree. The accident broke Weyker’s neck in four places. Despite her serious injuries at the scene, however, Quiles questioned her about her sobriety while Weyker received medical attention.

Quiles blamed Weyker for the accident, claiming in the incident report that he had fully stopped at the stop sign and Weyker’s eyes were red and her speech was slurred. Weyker admitted to authorities that she had had a few sips of a friend’s drink, but she was not drunk, and she had been prescribed Vicodin after her wisdom teeth had been removed, but she had not taken the prescription drugs for at least a week.

Her injuries prevented her from being able to take a field sobriety test or a breathalyzer, so the hospital conducted a blood alcohol content test, which showed that Weyker was completely sober at the time of the accident. Although the blood test evidence was available to the police department, the district attorney decided to file DUI charges against her anyway – of which she was not informed.

Surveillance footage from the accident was also available to the sheriff’s office two days after the accident occurred, and it showed that Quiles was the cause of the accident, and not Weyker. Regardless, the department chose to continue with five criminal charges, including DUI causing an injury.

About 10 months after the accident occurred, internal investigators questioned Quiles about his report, and he admitted that he “probably” rolled through the stop sign.

Weyker has filed a civil complaint against Quiles for the wrongful DUI charges, and she could go to court for a personal injury lawsuit to cover her medical bills. Quiles has filed for permanent disability, but his claim is still pending. He was never disciplined for writing an inaccurate report of the alleged DUI incident, despite internal findings of previous inaccurate reporting.

The criminal defense lawyers at the Strom Law Firm, LLC provide a free consultation to discuss the facts of a DUI case. Founded by a former U.S. Attorney, the team at Strom Law also includes a former Public Defender, and a former Assistant Attorney General and Richland County Assistant Solicitor. It’s awarded the highest Martindale-Hubble ranking and collectively holds more than 50 years of complex litigation experience. Contact us today for help with your DUI case. 803.252.4800