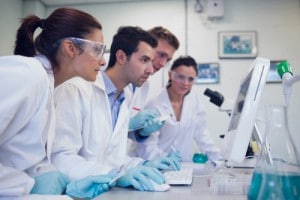 Plaintiff Frances Wisniewski filed a personal injury lawsuit against Takeda Pharmaceuticals in 2012 in Philadelphia County Court of Common Pleas. In August 2011, Wisniewski was diagnosed with bladder cancer, and she believes that the cancer was caused by her Actos prescription, which she had taken for 7 years. She began taking Actos in 2004, and around 2 years later, her doctors found a tumor in her bladder, which they surgically removed. A second tumor was discovered in 2008. She stopped taking the drug in November 2011.

As her trial continues to heat up, Takeda Pharmaceuticals claims that they submitted all relevant Actos safety studies to the Food and Drug Administration so that the blockbuster Type 2 diabetes medication could be legally approved for the US market. On Wednesday, October 1st, an FDA administrator told the jury that they had included all relevant, submitted information about the safety of Actos on the medication’s labels.

“It is my opinion that the labeling at any given point in time was updated to include the relevant scientific information that was available,” said David Feigal, Jr. “The information that is available on this issue is because of the Takeda studies and their attempts to find out about these risks.”

The study was conducted in response to a mid-1990’s study using male rats, which correlated tumors in the rats’ bladders with using Actos. Feigal said that, despite Takeda’s contradictory survey, the FDA included information from the rat study on Actos labeling.

“The cytology data provided no evidence there was an issue in humans with respect to bladder cancer,” he said. “There was no evidence of a serious hazard. It’s included for information in the label, but it does not rise to the level of a warning.”

However, Wisniewski’s attorney has continued to argue that Takeda is intentionally misleading doctors and consumers about the safety of Actos. He pointed out evidence from a previous trial, in which Takeda was revealed to have “lost” or destroyed several relevant Actos documents. He also showed that Takeda conducted Actos safety studies and also found a link between bladder cancer dangers and their drug, but did not report the findings for seven years to protect their profits.