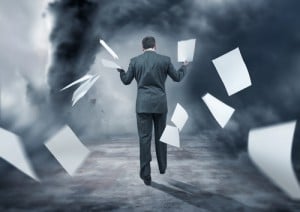 A jury ruled that Takeda Pharmaceuticals must pay $155,000 for its destruction or loss of files related to safety studies and information for their blockbuster Type 2 diabetes drug, Actos.

Some of the missing Actos files prevented one man in a personal injury lawsuit from proving his claims that Actos led to his bladder cancer.

Although Takeda Pharmaceuticals has won many of the bellwether trials in their multidistrict litigation (MDL), at the state level, the company often loses personal injury lawsuits. The company, along with Eli Lilly, was also ordered to pay $9 billion to plaintiff Terrence Allen for his medical bills and emotional damages. While the amount of damages was later greatly reduced by a judge, the ruling in favor of Allen and against Takeda remained in place.

During Allen’s case, Judge Rebecca Doherty ruled that Takeda neglectfully destroyed documents related to the link between Actos and bladder cancer. On January 30th, Judge Doherty ruled that the plaintiffs’ attorneys could claim that Takeda willfully destroyed the files, in order to punish the company for its negligence. The plaintiffs also alleged that Ronald Hoven, former CEO of Eli Lilly, lied under oath while giving testimony during the bellwether trial, because his testimony was regarding Actos was vaguer than testimony he gave in a case related to a different drug.

Because of Judge Doherty’s precedent, other Actos injury trials can use the loss of Actos files and documents in their statements.

“The verdict is the death knell for Takeda because it establishes once and for all that they intentionally destroyed evidence to bar bladder-cancer victims from proving the drug harmed them,” said Myers’ attorney.

Takeda said it would appeal the Actos ruling.

Evidence strongly links Actos to increased risk of bladder cancer, but the drug also has other dangerous side effects. If you or a loved one take Actos or the generic, pioglitazone, to treat Type 2 diabetes, and have since developed bladder cancer, heart disease, liver failure, or diabetic macular edema, you may be entitled to compensation.