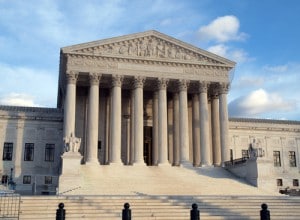 Chad Allen Workman, 37, of Beverly, Charles Shawn Shannon, 54, of Belington, Roy Melvin Isner, 62, and Mark W. Lambert, 39, both of Elkins are alleged to have been a part of a large and long-running drug trafficking operation in the Northern district of West Virginia. Each defendant faces one count of “marijuana conspiracy,” which carries a fine of $250,000 and up to 5 years in prison.

The federal drug charges indictment alleges that the four men conspired to procure oxycodone from establishments in New Jersey, Florida, and Michigan, then sell the drugs in West Virginia, a state that has one of the highest rates of prescription painkiller addiction in the US. The federal drug charges indictment further alleged that the group obtained marijuana in Florida and transported the drug to West Virginia for recreational purposes. Although both Florida and West Virginia have potential medical marijuana legislation pending, neither state has legalized the use of marijuana for either recreational or medical use. In addition, marijuana is still illegal at the federal level, and transporting any amount across state lines is against the law.

Any drug charge in the state of South Carolina is serious and has long-lasting consequences.

In many cases, federal drug charges are combined with other charges including money laundering, and conspiracy.

The South Carolina Federal drug crimes defense attorneys at the Strom Law Firm also have years of experience with federal charges, including RICO violations and federal drug charges. We offer free, confidential consultations to discuss the facts of your case, so contact us today. 803.252.4800