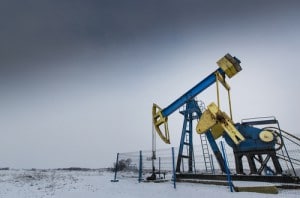 Hydraulic fracturing, more commonly known as fracking, has become a common way to mine for natural gas. The process involves fracturing rock with a hydraulically-pressurized liquid, most often water with suspended particles like sand and some chemicals.

The practice has become common in economically poor regions, particularly the Midwest and the South. As more and more people are exposed to fracking in their own backyards, reports have surfaced about lung, skin, and eye issues, among other personal injuries, that residents believe to be directly caused by fracking in their area.

Fracking has also been linked to poisoned ground water, as chemicals and natural gas seep into wells and mix with the water. The practice has further been linked to increased seismic activity in areas that are not geologically active. This puts local populations at high risk of losing their homes and property, in addition to the personal injuries related to being poisoned.

Now, a Yale University study has examined the potential side effects of living near a fracking operation, and found that skin and respiratory problems were much more likely the closer a person lives to the mining operation.

The study looked at 180 randomly-selected households, with a total of 492 people, in Washington County, Pennsylvania. The county is home to “over 600 active natural gas wells,” which means that fracking operations in the area are a big business.

“The fracking wells are different from (vertically drilled) wells because they drill down and then go horizontally once they reach the shale,” said the study’s senior author, Meredith Stowe, associate research scientist at Yale’s Occupational and Environmental Medicine Program.

“Our study suggests that natural gas drilling may increase the risk of health symptoms in people living near the wells. We believe our findings support the need for further research into the health and environmental implications of this form of natural gas extraction,” Stowe said.

“The major symptoms seem to be upper-respiratory symptoms,” including “coughing … itchy eyes, nosebleeds” as well as skin problems such as rashes, itching and burning, according to Dr. Peter Rabinowitz, formerly of Yale School of Medicine’s Occupational and Environmental Medicine Program and now an associate professor in the University of Washington’s School of Public Health.

The study found no link between fracking and gastrointestinal problems, cardiac issues, or neurological symptoms.

Yale’s study supports the verdict from a recent lawsuit against a fracking company, which was the first successful personal injury lawsuit against fracking operations. Plaintiffs Robert and Lisa Parr began having health problems as far back as 2008 when “a multitude” of fracking and drilling operations began near their ranch in Decatur, Texas. The couple, along with their 11-year-old daughter Emma, began having headaches, nausea, vomiting, nose bleeds, and respiratory issues.

“My doctor, an internal specialist, found 20 chemicals in my body and he said, ‘Lisa you must move immediately. You will spend more time and money on hospitals, chemotherapy, and a mortician … and you need to get an environmental health doctor immediately,’” Mrs. Parr said.

The trial was short – only two weeks long – and the jury awarded the family a $2.95 million civil verdict. Landowners have sued over drilling in the past, over dead livestock or damaged property, but this is the first personal injury verdict that alleges fracking caused physical side effects that limit the family’s life.

The Strom Law Firm Can Help with Personal Injury Cases Involving Toxic Substances, Such as Fracking

If you or a loved one were exposed to a toxic substance from fracking and suffered injury contact, you may have a personal injury case. Contact the personal injury attorneys at the Strom Law Firm, L.L.C. to discuss your situation in more detail and for further information about our practice. We welcome co-counsel opportunities and regularly accept referrals in toxic tort cases from lawyers practicing in other parts of the country. We offer free, confidential consultations to discuss the facts of your case.803.252.4800