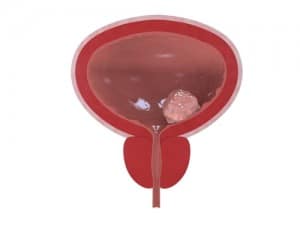 The families of two men who died of bladder cancer have filed lawsuits against Takeda Pharmaceuticals, manufacturers of Actos, a Type 2 diabetes medication. The lawsuit has been moved to the multidistrict litigation (MDL) in Louisiana, overseen by Judge Rebecca Doherty. The two new plaintiffs make 1,000 total plaintiffs involved in the litigation.

Scientific studies since the summer of 2011 have shown a strong link between Actos and an increased risk of bladder cancer, as well as other side effects. The high risk led both France and Germany to ban the drug from their markets in June 2011. A recent Canadian study showed that using Actos for a year or more dramatically increases the risk of bladder cancer, and another study published in the British Medical Journal showed that using the drug for two years or more doubles the risk of developing bladder cancer. However, no recall or ban has been issued by the FDA, although the administration has required Takeda Pharmaceuticals to put the strongest possible warning label on their product. And, despite the studies, the FDA recently approved the generic form of Actos – pioglitazone – to be manufactured and sold in the US.

The two most recent lawsuits, from the Person and Astorga families, allege that Actos is an “unreasonably dangerous and defective drug,” and that Takeda Pharmaceuticals acted with “willful and malicious negligence.” Many plaintiffs, including these two families, allege that the manufacturer knew in advance of the dangers based on statistical evidence from lab tests, but concealed the knowledge and failed to warn the FDA, doctors, and patients of the real risks of taking the drug.

“Defendants demonstrated such an entire want of care as to establish that their acts and omissions were the result of actual conscious indifference to the rights, safety, and welfare of Plaintiffs,” the latest complaint alleges.

If you or a loved one have taken Actos to treat Type 2 diabetes, and have since suffered dangerous side effects such as bladder cancer, heart disease, liver failure, or diabetic macular edema, you may be entitled to compensation. The Strom Law Firm is accepting cases nationwide against Takeda Pharmaceuticals, so contact us today for a free consultation. 803.252.4800.