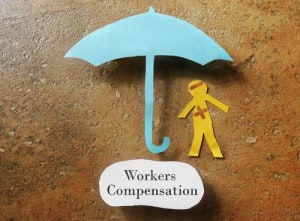 Based on information published jointly by Pro Publica and NPR, 10 Democrats in the House and Senate sent a letter to Labor Secretary, Thomas Perez, noting that federal oversight might be required to ensure that states offer appropriate workers’ compensation to their workers.

The letter showed that 33 states in the US have cut workers comp benefits, passed laws and changed access in ways to make applying more difficult, and have given employers more control over medical decisions for injured workers. The letter also restated the Pro Publica finding that several states now provide employers the ability to drop out of state-mandated workers compensation insurance programs, as long as they offer some private version to cover workers’ injury costs. These employer-created insurance programs often set a low bar for medical coverage and payments for lost wages compared to state programs.

“State workers’ compensation laws are no longer providing adequate levels of support and compensation for workers injured on the job,” the lawmakers wrote. “Instead, costs are increasingly being shifted to the American taxpayers to foot the bill. The race to the bottom now appears to be nearly bottomless.”

Texas and Oklahoma are the two big offenders, who set the standard for allowing employers to opt out of otherwise mandated workers’ comp insurance. South Carolina, however, is considering a similar bill. These bills are often promoted as good for job growth, but South Carolina’s economy is already growing.

The Labor Department released a statement saying that the agency “shares the concerns. Every year injured workers and their families are bearing more and more of the cost of workplace injuries and illnesses.”

The department continued, “American workers and their families deserve the peace of mind that comes with knowing a workplace injury won’t knock them out of the middle class, and we look forward to working with stakeholders to find real solutions.”

The letter comes at a time when Congress is debating the best way to continue Social Security Disability benefits, which many fear will run out of funding in 2016. However, the federal program is one of a very small number of fail safes for workers who suffer such severe injuries on the job that they cannot go back to work, at least for one year. This is an area that workers compensation was designed to help with, but as states rescind their workers compensation requirements, more workers must turn to federal assistance.

“If these workers aren’t getting benefits under workers’ comp a lot of them end up getting benefits under Social Security Disability or Medicaid [and] food stamps because they’re not working,” said Representative Bobby Scott, D-Va., the ranking member of the House Workforce Committee. “And so there is a strong federal interest in making sure that the workers’ comp programs pay appropriate benefits.”

The Labor Department used to track these changes in state laws in order to prevent worker exploitation. However, with budget cuts in 2004, the federal agency stopped tracking those changes to state law; now, because of similar budget concerns, Congressional interest in the program has been reignited.

Rep John Kline (R-MN), who chairs the House Workforce Committee, issued a statement on workers’ compensation that largely agreed with his Democratic colleagues. He said these laws “shouldn’t be designed to deny workers basic protections or shift costs to taxpayers.”

“I appreciate the concerns that have been raised,” Kline continued, “but I would have reservations about putting the U.S. Department of Labor in charge of state workers’ comp laws, especially when we know the department has proven unable to properly administer workers’ comp programs already under its jurisdiction.”